H.E. Mr. Ramin Hasanov
Ambassador Extraordinary and Plenipotentiary of
the Republic of Azerbaijan to the Federal Republic of Germany

The model of multiculturalism

Encompassing the mesmerizing mix of East and West, Azerbaijan is one of the most ancient sites of human civilization. Azerbaijan’s culture and history embrace the elements of many civilizations, religions and specific features of the Caucasus. Azerbaijan has gained an international reputation of being a vital bridge between civilizations and a unique place for multiculturalism, hospitality and tolerance. For many centuries, the country has been well-known as one of the cultural hubs of the world. As a secular country, Azerbaijan is among the most religiously tolerant countries in the world. The representatives of all religions enjoy the same status and highest level of religious freedom, as well as live in peace and security. Therefore, Azerbaijan has emerged as an outstanding destination for diverse group of tourists. International events held in Azerbaijan such as the World Forum on Intercultural Dialogue, UN Global Forum of the Alliance of Civilizations and Baku International Humanitarian Forum are obvious examples of the multiculturalism. The Baku International Multiculturalism Centre has been established to advocate the cultural and religious diversity, as well as promote Azerbaijan as the center of multiculturalism. As a country with a high tourism profile, Azerbaijan’s image on the global arena has further strengthened by hosting the international events, such as Eurovision Song Contest 2012, the 1st European Games, the 4th Islamic Solidarity Games, Formula 1 Grand Prix, UEFA Europe League Final.

The German page of Azerbaijan’s history is very unique and has flourished more than 200 years ago. In the early 19th century, the Germans from Württemberg settled in Azerbaijan. They were able to integrate with Azerbaijanis and made a substantial contribution to the agro-industrial development of the country. In the early 19th century, the German settlers played a crucial role in Azerbaijan’s wine development by planting new vineyards, launching first fully-fledged commercial wine industry and making wine production competitive with European wines. Besides becoming a hub of German culture in the Caucasus, Goygol (Helenendorf) was also famous for its burgeoning the wine industry. Hundreds of distinctly German houses remain in the district, one of which is the Viktor Klein’s House, the former residence of Goygol’s last German and currently operating as a museum. Azerbaijan’s first Lutheran church was built in Goygol. Another Azerbaijani city hosting Germans was Shamkir (Annenfeld) which later on became famous as a hotbed of winemaking. Shamkir has kept a uniquely Germanic feel – the original German-style houses and Lutheran church. The German heritage, encompassing the historical, religious and cultural monuments, is well-preserved in Azerbaijan. Another most prominent example of German architecture in Baku is the Lutheran Church of the Saviour. Furthermore, at the end of the 19th century, the Germans established in Naftalan the company specializing in an ointment production for the wound healing. The range of drugs made on the basis of Naftalan oil became one of the world’s pharmaceutical sensations and was sold in pharmacies and cosmetics stores throughout Europe. The 100th Anniversary of the German settlements in Azerbaijan was celebrated in 1919. Based on the Presidential Decree dated 30 August 2016, 200th Anniversary of German settlements in Azerbaijan was widely celebrated in the country and abroad. In 2019, almost 21000 Germans visited Azerbaijan (approximately 20% increase in comparison with 2018).

In the context of economic diversification and balanced development of the country’s regions, tourism sector has been identified as one of the key priorities in Azerbaijan. According to the Presidential Decree, the strategic roadmap for the development of specialized tourism industry in the Republic Azerbaijan has been adopted. Furthermore, the matters related to tourism have been reflected in the national development concept entitled “Azerbaijan 2020: the vision for the future”.

The country is blessed with an enormous tourism potential to influx the international tourists and has developed necessary infrastructure to ensure the sustainability of this vibrant industry. “Open Doors” policy, including domestic and foreign investments played a crucial role in further advancement of the tourism sector. Located at the crossroads of cultures and civilizations, Azerbaijan is endowed with a multitude of tourism features thanks to the vital advantages, such as rich historical, natural, religious and cultural diversity, as well as delicious cuisine, high level of safety, security, health and hygiene. Azerbaijan is rich with a wide range of historic and ancient archaeological and architectural monuments.

Country’s tourism sector has retained its growth dynamics and, in 2019, more than 3 million foreigners visited Azerbaijan. The share of the tourism in the country’s GDP equaled to 2.4% in 2019.

The Walled City of Baku with the Shirvanshah’s Palace and Maiden Tower, Historic Centre of Sheki with the Khan’s Palace and Gobustan Rock Art Cultural Landscape have been included in the UNESCO’s World Heritage List.

The eternal flame sources in Ateshgah and Yanardag State Historical, Cultural and Natural Reserve present the history of natural energy in Azerbaijan, as well as the impact of Zoroastrianism on culture. The sandy Caspian beaches around Baku offer a marvelous momentum for beach tourism. Azerbaijan’s rich nature, fauna and flora, national parks and bio-diversity open tremendous opportunities for eco-tourism. The Shahdag Mountain Complex is Azerbaijan’s epic ski resort.

The 19th Azerbaijan International Travel and Tourism Fair envisaged to be held in Baku on 8-10 April 2021 is a global platform bringing together key players of the world tourism market.

Azerbaijan’s viticulture traditions entail millenia-long heritage and the country is one of the oldest wine-making spots on the planet. Thanks to the favorable climatic diversity, numerous grape varieties are grown in several regions of Azerbaijan, especially in Ganja, Nakhchivan, foothills of the Caucasus, Shirvan valley, Kur-Araz lowlands, Caspian shoreline. The State Program on the Development of Viticulture in the Republic of Azerbaijan has opened new horizons for the winemaking and export. Azerbaijan is one of the thriving wine producers and exporters in the Caspian region. A number of wineries and vineyards are producing wine in the country for domestic consumption and export. Many of producers offer factory tours, have degustation and show-rooms. Azerbaijan’s world-famous pomegranate wine has a comparative advantage on a global scale and numerous health benefits.

Traditional methods of illness treatment, using natural components like crude oil, thermal waters, salt mines, salubrious mud are popular not only among the local population, but also foreigners visiting Azerbaijan. Medical oil produced in Naftalan and its high healthcare qualities have been famous for many centuries and was traded throughout Eurasia. Naftalan-therapy has been considered as one of the best methods of disease treatment and Naftalan oil is essential component in many areas of medicine such as dermatology, urology, angiology and others. Naftalan oil is an exceptional source of healing possessing analgesic, anti-inflammatory, vasodilator and anti-allergic effects. Naftalan city is a magnificent balneotherapeutic health resort, well-known for its oil baths.

The Duzdag Physiotherapy Center operates in the Nakhchivan Autonomous Republic. The Center, located at the salt caves is an important medical site, specializes in the treatment of bronchial asthma, hay fever, bronchitis, rhinitis, cardiovascular and other respiratory diseases. Moreover, Nakhchivan Autonomous Republic is gifted with mineral springs such as Sirab, Badamli, Vaykhir and others. These mineral waters are very useful in the treatment of gastroenteric diseases, chronical gastritis and metabolism disturbance.

The Galaalti Balneological Resort, located in Shabran district, offers a treatment with the miraculous natural mineral water containing a large amount of hydrogen sulfide. Galaalti mineral water is beneficial in the treatment of urolithiasis and gastroenterological illnesses, as well as inflammatory diseases of the liver and kidney.

Lankaran region is home to numerous hot springs where locals and foreigners have been healing themselves for centuries. Scattered throughout the region are thermal water springs that have long been used as a panacea to cure various types of ailments such as rheumatism, radiculitis, kidney, urethral, gastrointestinal and gynecological diseases. The Lankaran Springs Wellness Resort and Istisu Sanatorium (Masalli district) offer the bathing tubs filled with the mineral-rich thermal water. Yanar Bulag (Astara district) has a beneficial effect in the treatment of hypertension, liver, biliary tract and gastrointestinal diseases, arthritis and other disorders.

The mud volcano landscape at the Gobustan National Park is one of the most fascinating sites. The mud is used for the treatment of radiculitis, skin, cardiovascular, urological diseases and gastrointestinal disturbances, as well as in the cosmetology.

Azerbaijan is a country of climatic contrasts. Many regions of Azerbaijan have favorable weather conditions, unique climate and fertile soil to grow many different types of crops. Country’s vast agricultural potential enables the further development of agro-tourism in Azerbaijan. Azerbaijan is home to 9 out of the world’s 11 climatic zones. Country’s bio-organic fruits and vegetables are its crucial agricultural assets. The agro-tourism resources of Guba-Khachmaz, Sheki-Zagatala, Shamakhi-Ismayilli, Ganja-Gazakh and Lankaran-Astara have a promising potential and comparative advantages. Citrus and Pomegranate Valley agricultural tours are evident examples of successful agro-tourism potential realization in Azerbaijan. Agropreneurship is well-developed in the country and numerous ago-parks (exempli gratia, Baku, Shamkir, Yalama) have been established to foster sustainable agriculture, ensure food security, enhance rural development and promote export potential. The residents of the agro-parks are provided with the relevant economic privileges. 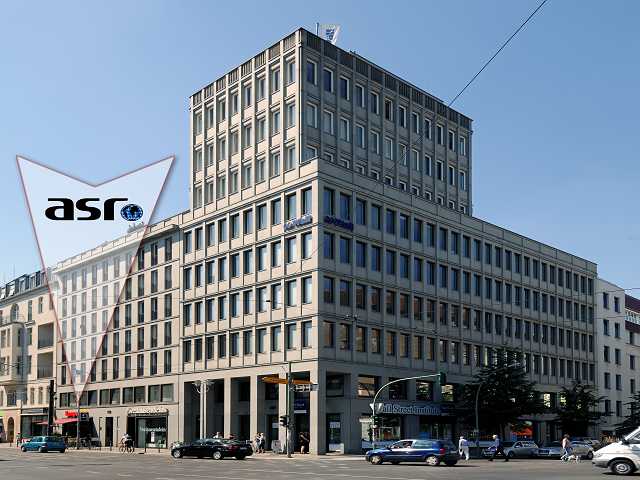 © asr Berlin
Back To Top